My second antenna is a homebrew 160m inverted-L I built out of 12 gauge stranded electrical wire, RG-6 coax, and PVC and zip ties for insulators. I used this article as a base for my antenna plan. I cut the wire and counterpoise for 1.9 MHz using his formulas, put it all together, and then tested it out. On the SWR meter, the lowest dip was 1.5:1 at 1.777 MHz. Thinking that shortening the wire would raise the dip, I cut about 6" off of each wire, but nothing at all changed. I then cut and added another counterpoise and ran it in the opposite direction and that brought the SWR to 1:1 at 1.83 MHz which my tuner can handle.

The insulator for my invL. It is tied by rope around the tree so that it doesn't move up because of the tension. 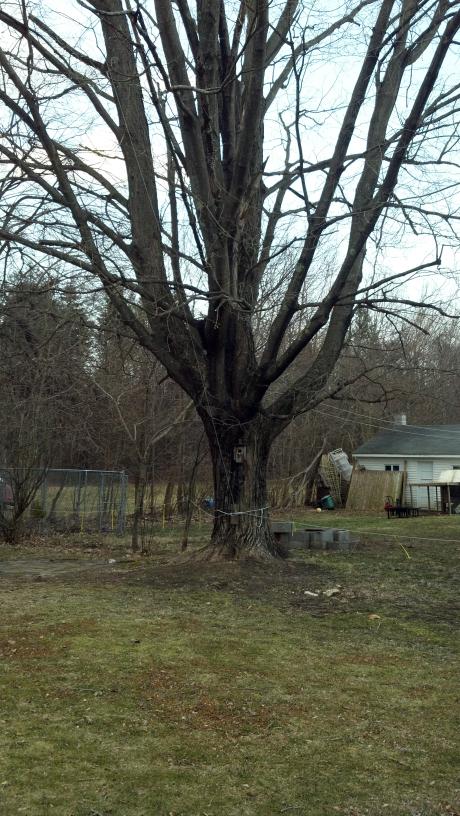 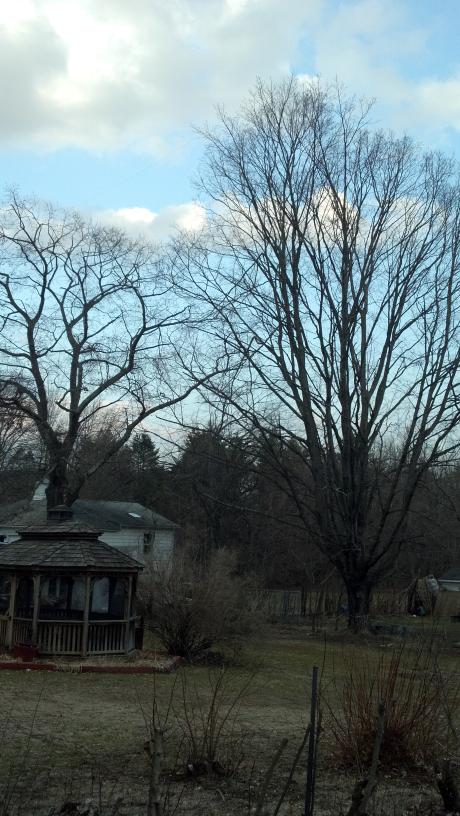 This is the entire antenna and both trees. The antenna is about 75' vertical before it becomes horizontal. 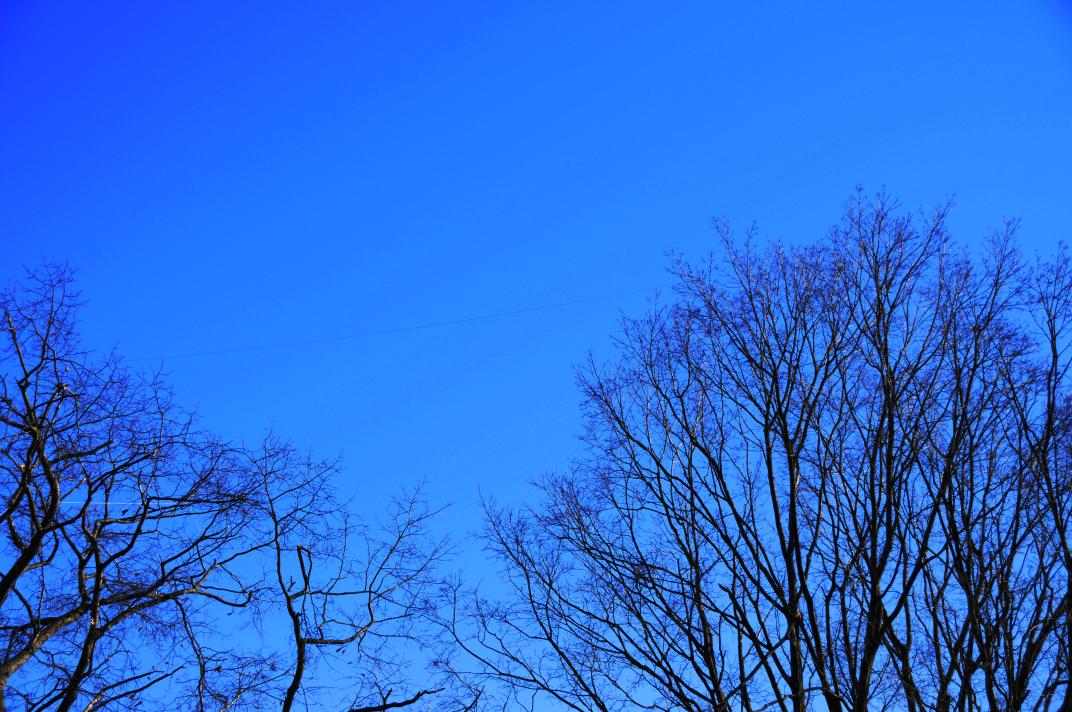 This is the horizontal part of the antenna. The picture is photoshopped to enhance the visibility of the wire.